When you reach a certain age, wrinkles, fine lines, and facial laxity eventually make an appearance, whether it is due to genetics, years of sun damage, or lifestyle factors.

With the revolutionary Ellacor Micro-Coring® technology from Cytrellis, we have a new way to reduce facial laxity, creases and lines without surgery, radiofrequency or lasers in patients of all skin types. Total Aesthetics in Westport is proud to be one of the very first Ellacor providers in the United States.

Ellacor is a groundbreaking, minimally invasive facial rejuvenation device designed to combat facial wrinkles and gravitational descent. Developed by Harvard scientists, Ellacor uses hollow needles to remove micro-portions of excess skin to produce tightening and wrinkle reduction without evidence of scarring with faster healing time than many energy-based procedures. Best of all Ellacor can be tailored to contour problematic areas like those troublesome jowls, the loose skin under the chin and wrinkly skin in areas like the knees and elbows.

What Areas does Ellacor Treat?

While most early work with Ellacor has been in the lower face including the mouth, lower cheek and jawline, plastic surgeons will be utilizing this groundbreaking technology in other areas of the face and even on the body. The submental area and neck are especially promising areas and we’re excited about its possible use in brow lifting. We’re also optimistic that Ellacor will give us a powerful new tool for scar treatment throughout the body.

Most patients seeking facial rejuvenation want to see their results with the quickest recovery time possible. Because Ellacor is not an energy-based device (like lasers, ultrasound or radiofrequency treatments) the healing time is typically shorter than with some other technologies.

Unlike many treatments which are limited to fair skin tones, at Total Aesthetics in Westport Ellacor is also suitable for nearly all skin types - Ellacor can treat individuals with Fitzpatrick skin types I-IV, making it one of the most inclusive facial rejuvenation options available today. And since Ellacor does not rely on thermal energy like lasers, there is no risk of heat damage to the skin and minimal risk of discoloration..

Advantages of Facial Rejuvenation with Ellacor:

Am I a candidate for Ellacor?

If you have moderate-to-severe wrinkles or facial laxity (and who doesn’t!) and are looking for an alternative to heat-based lasers and radiofrequency treatments, then Ellacor may be an option for you. Ellacor is also being used as FDA “off-label” in other areas with likely more applications to come as experience is gained with the product.

People with bleeding disorders, autoimmune disorders, or a history of keloid scarring may not be eligible for the treatment. Those with skin cancer, open sores, or facial implants in the treatment site also may not be candidates. Ellacor should not be used in pregnant or nursing mothers and in those with an allergy to stainless steel. Speak with your Westport Ellacor provider at Total Aesthetics to determine if the treatment is suitable for you.

How does fractional micro-coring work?

When undergoing a treatment with Ellacor Westport patients should expect it to take approximately 30 minutes or less to treat the lower face. The most appropriate type of anesthetic will be provided at Total Aesthetics to minimize any discomfort associated with the procedure. Working in small sections at a time, the hand-held Ellacor device is gently passed over the skin. The hollow micro-needles stamp the skin in a grid-like pattern and the micro-core skin fragments are simultaneously removed to provide skin tightening and wrinkle reduction.

Ellacor has a fast recovery time. On average, most patients return to their daily activities three days later, although it can take a week for the skin to heal fully. Expect some swelling, pinpoint bleeding, and redness. Bruising can occasionally occur.

Early Ellacor results are visible in a few weeks, with full results anticipated in three to six months. In a study, subjects saw a 90 percent improvement in their moderate or severe wrinkles six months post-treatment. Eighty-six percent of participants reported being “satisfied” or “extremely satisfied” with the results of Ellacor. (Source)

Two to three sessions may be necessary for the best results. After each treatment, the dermal tissues quickly realign to close the micro-channels created during the Ellacor procedure. As the tissues remodel naturally, the treated skin takes on a youthful, smoother appearance a firmer texture. The treated wrinkles become noticeably less obvious, blending into the surrounding skin.

To find out more about Ellacor call Total Aesthetics at (203) 454-0044 to book your private, confidential consultation. 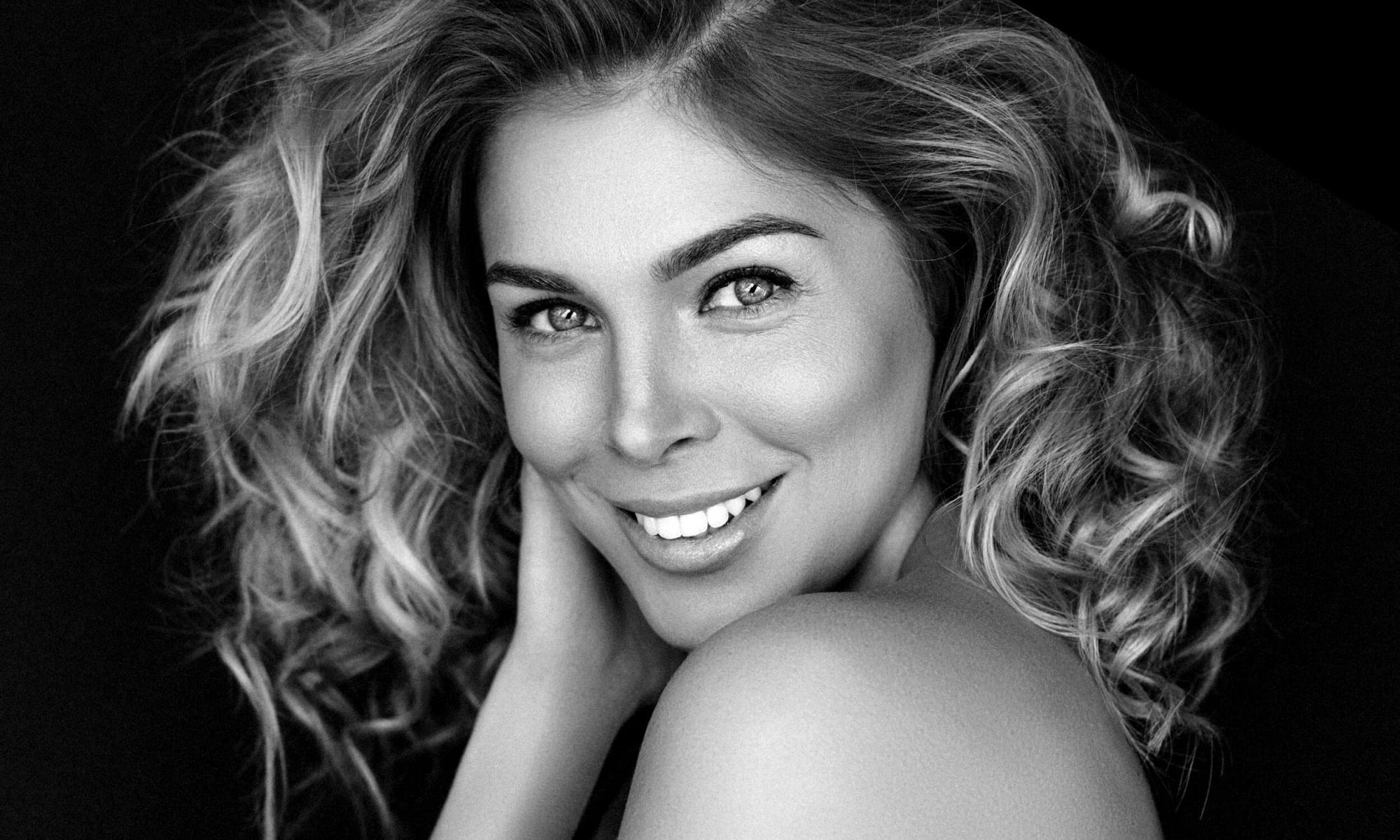 Ellacor received FDA clearance in 2021 after passing stringent safety and efficacy tests. Ellacor is currently indicated for treatment of moderate and severe wrinkles in the mid to lower face in adults 22 years of age or older with Fitzpatrick skin types I-IV.

Are the Ellacor results permanent?

Clinical data shows long-term improvement in the number and severity of wrinkles. While Ellacor is an excellent way to reduce wrinkles and laxity, it won’t stop the aging process.

How do I maintain results after Ellacor?

How many Ellacor treatments will I need?

Your provider at Total Aesthetics will provide a customized treatment plan based on the severity of the aging process and your treatment goals. In the clinical trial most patients underwent a series of treatments spaced approximately 30 days apart.

How much does Ellacor cost?

Each and every Ellacor treatment is personalized for your unique needs and aesthetic goals. The cost will depend upon the treatment area(s) and how many areas are treated. Like most Ellacor providers we offer discounts for multiple sessions. Generally, most patients can expect to pay between $2000 and $3,500 per treatment.

Can I receive treatment with Ellacor if I am pregnant?

No. Like other aesthetic treatments, Ellacor is not approved for use during pregnancy or in lactating mothers.

How should I prepare for treatment with Ellacor?

The staff at Total Aesthetics will provide you with a complete list of requirements and guidelines during your consultation.

What is the Ellacor recovery?

The recovery time following treatment with Ellacor is brief - in the clinical trial there was an average of three days of downtime.

How much skin does Ellacor remove?

The hollow needles remove a small amount of skin, approximately 6,000 to 24,000 tiny fragments per session, or as much as eight percent of skin.

As part of the treatment process you will be provided with the most appropriate anesthesia to make the treatment comfortable for you. Most patients in the Ellacor clinical trial reported pain less than 2 on a scale of 0-10.

Can I try Ellacor instead of a facelift?

Ellacor works well for deep wrinkles and facial laxity but it cannot achieve the same results as a facelift. Dr. O’Connell will review your options, both surgical and non-surgical, during your consultation and help you understand which procedure(s) would make the most sense for your unique aesthetic needs.

How is Ellacor different from microneedling?

Microneedling uses small needles to create an injury within the skin but no skin is removed - there is only temporary tissue displacement. Ellacor is the first device to actually remove skin on the micro-scale.

What are the potential Ellacor side effects?

While other side effects can occur, most are usually mild and may include redness, swelling, discomfort and tenderness in the treated areas. Most side effects resolve within about 1 week post-treatment.

How is Ellacor different from Morpheus8?

Ellacor is not energy-based and removes small micro-cores of skin while Morpheus is a radiofrequency based device that works by creating a small micro injury within the skin.

How is Ellacor different from Ulthera?

Ellacor is not energy-based while Ulthera is an ultrasound-based device.